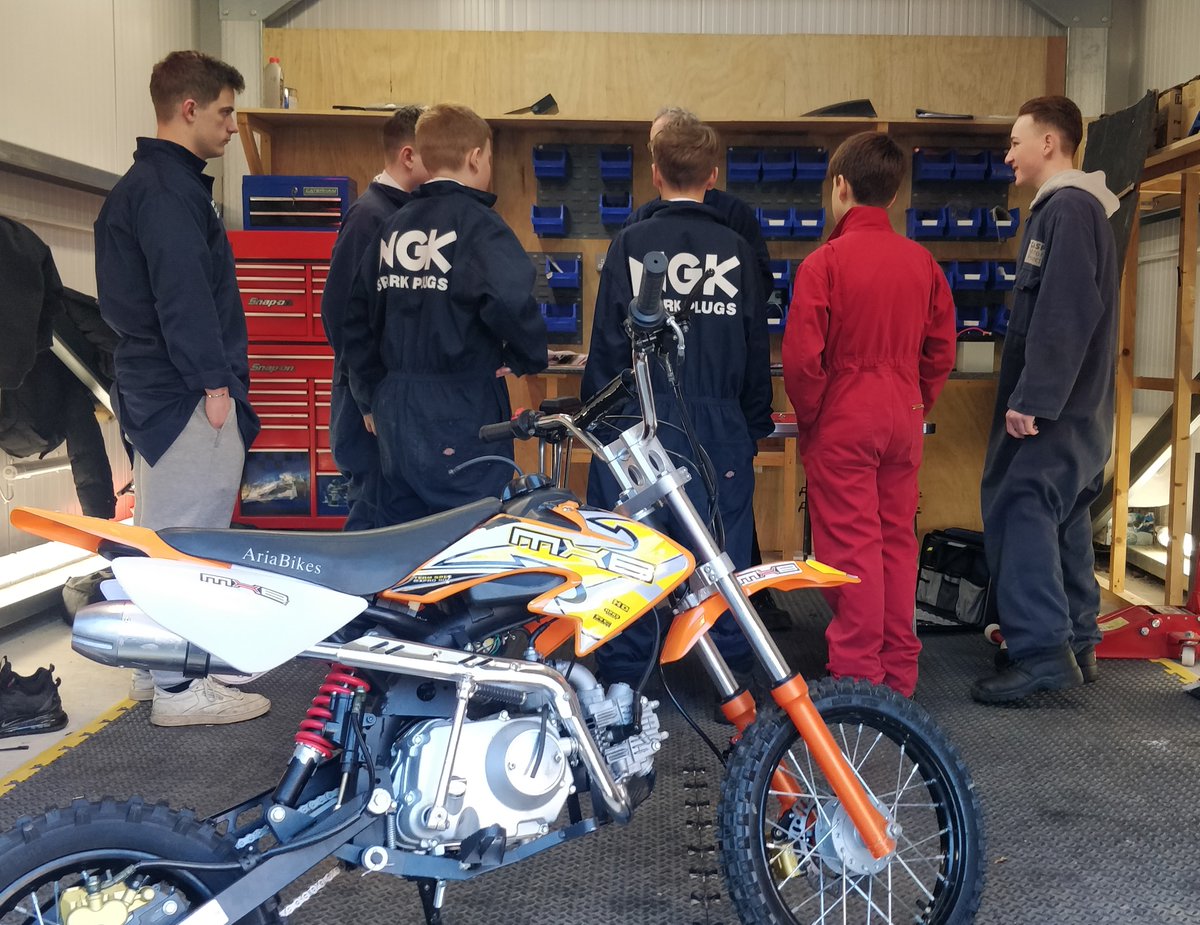 Thank you to @GaspMotor whose qualified engineers and mechanics will be working with this lucky group of students over the next few weeks, using basic motor mechanics and practical engineering to allow them to develop their practical skills and work effectively within a team. https://t.co/ZOtjc4cWqy

Miss Rose has been busy handing out a record number of @AccReader certificates over the past couple of weeks. A few of our excellent readers are pictured below. Keep up the great work! 📚 https://t.co/nNGViRIDdr

Our after school sports clubs are starting back today! An updated timetable can be found on our website here: https://t.co/1Ge28r13lm This includes the addition of Badminton Club for Years 7-9 every Tuesday! @destaffordPE https://t.co/ikb4fTe4zS 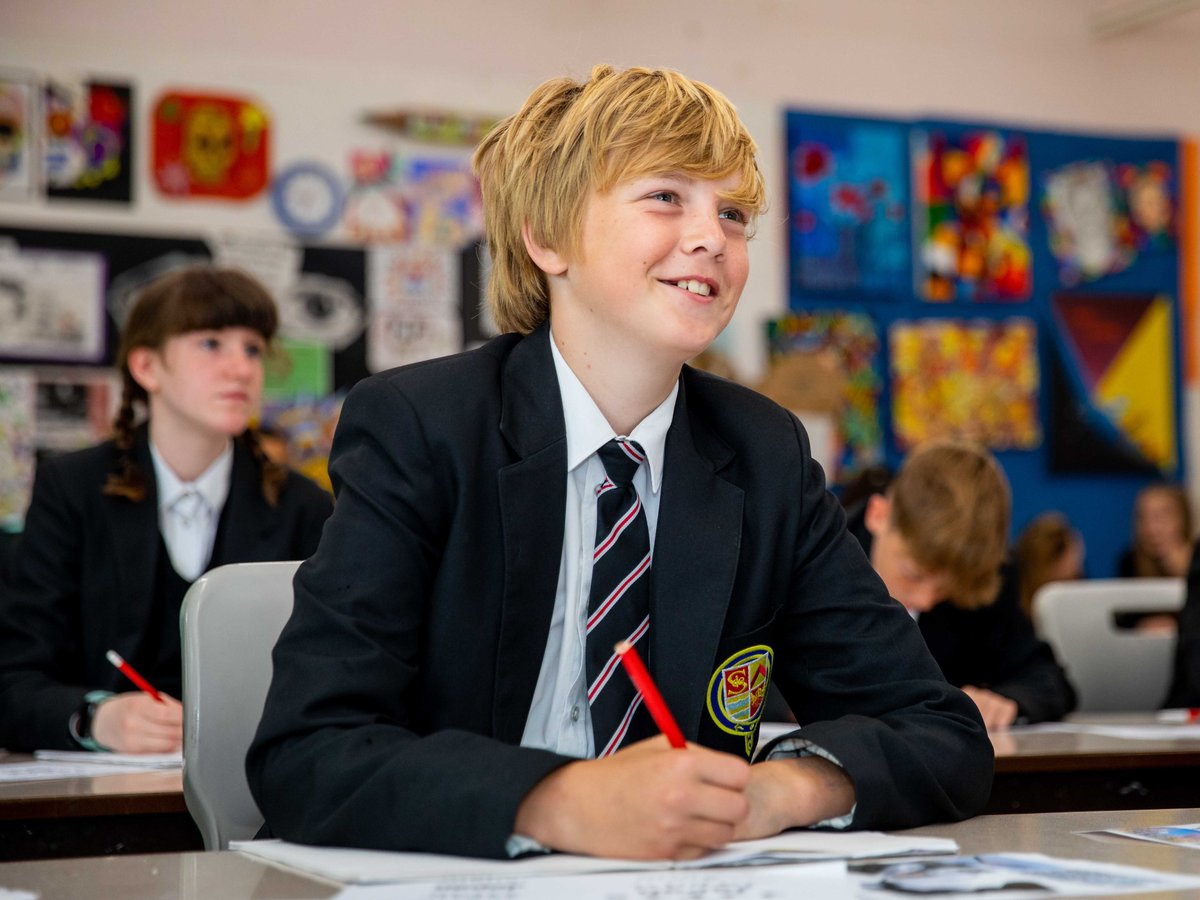 📣VACANCY - SCHOOL STANDARDS BOARD We have a vacancy for an elected parent representative on our School Standards Board (SSB). Please click here https://t.co/e7enkJfQKK for further information. https://t.co/2dDklha3T1 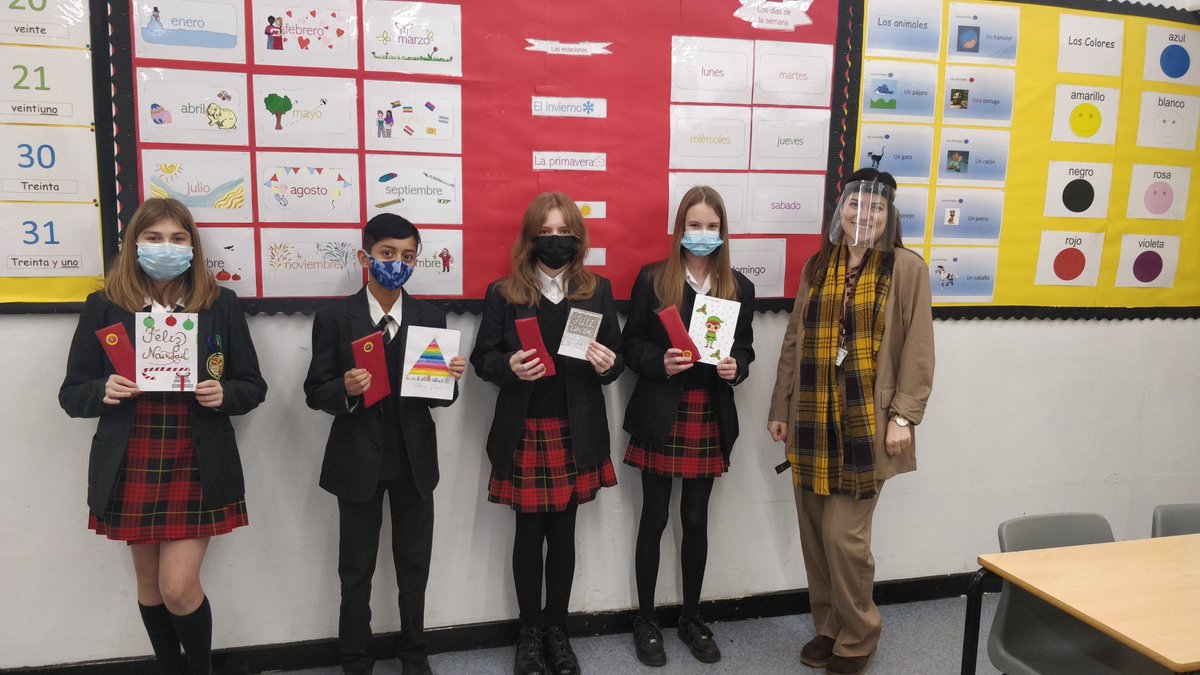 Bien hecho to the winners of our Spanish Christmas card competition, some of whom are pictured here collecting their prizes from Miss Fantana today 👏 Year 7: Isabella W, Olivia I, Jasmine R Year 8: Scarlett W, Wasim U https://t.co/xATByQcUOz 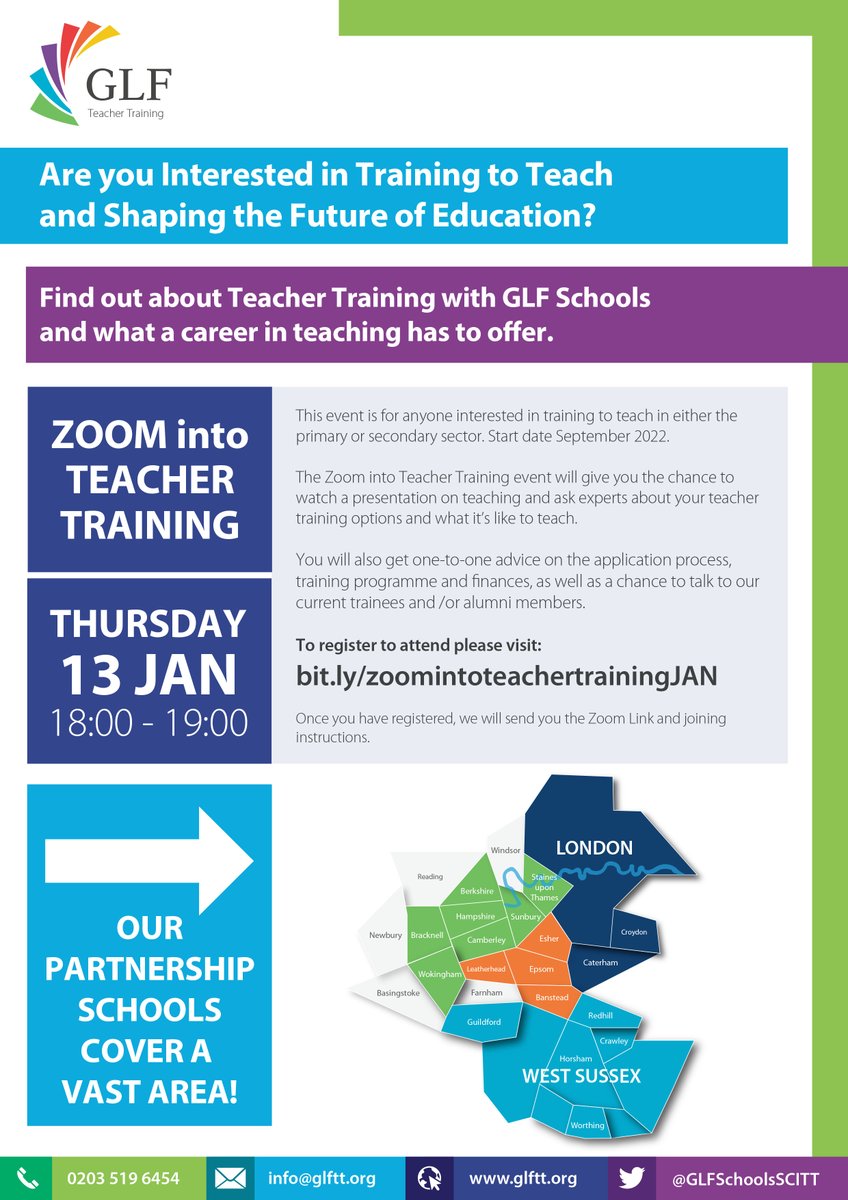 Are you interested in Training to Teach?✨Don't miss your chance to be a part of GLF Schools 'Zoom Into Teacher Training' event. Let our experts guide you on how to become a teacher. 👨‍🎓Join us virtually on Thurs 13 January 6-7pm. To register click https://t.co/VNDX2HXbZu https://t.co/Kg0WEmEkTE 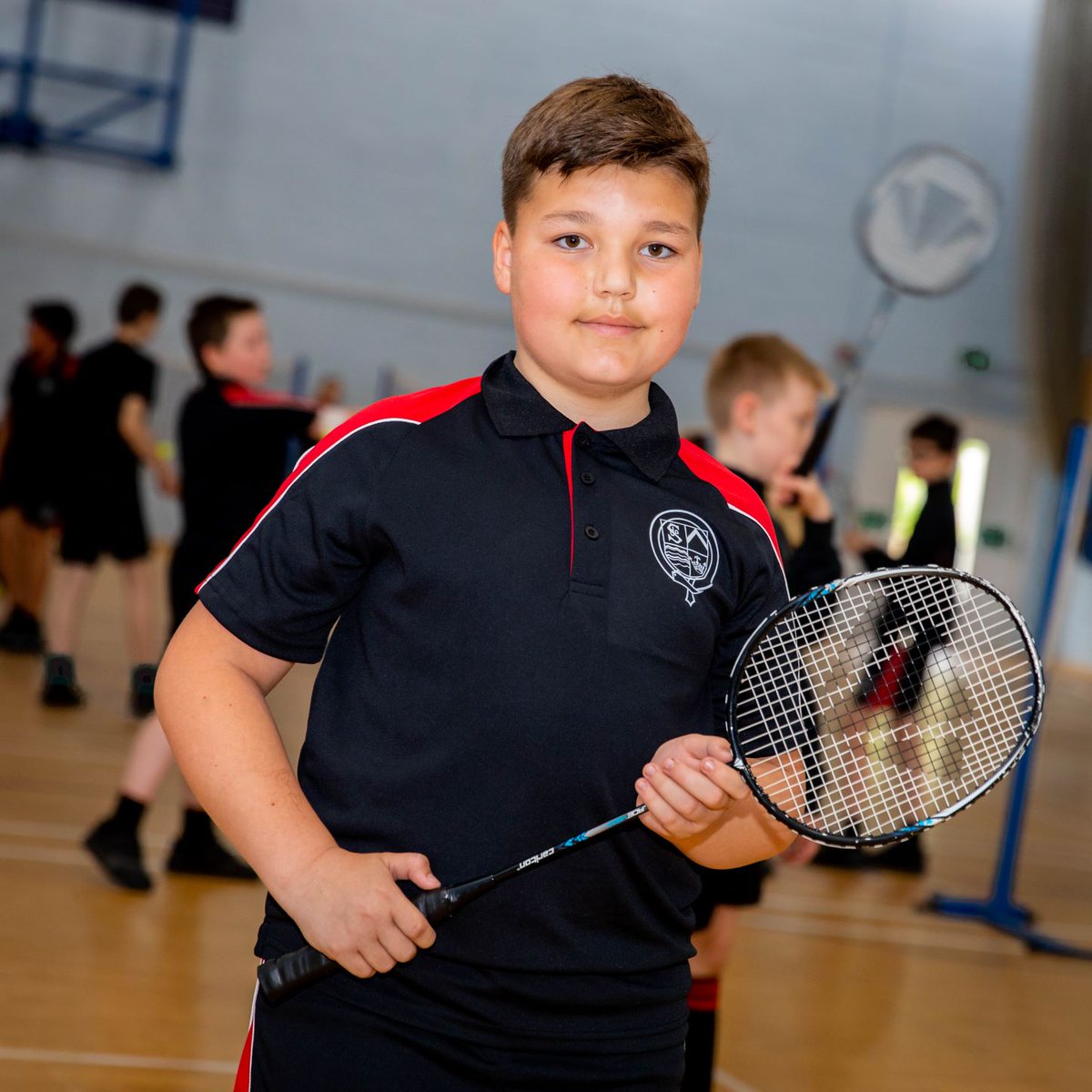 We are delighted to welcome students into school today for the start of the Spring term. After-school sports clubs start back next week and the updated timetable can be found on our website here: https://t.co/X9Q4YdEFfs @destaffordPE #ExtraCurricular #SpringTerm2022 https://t.co/IRL6Rl0iFN 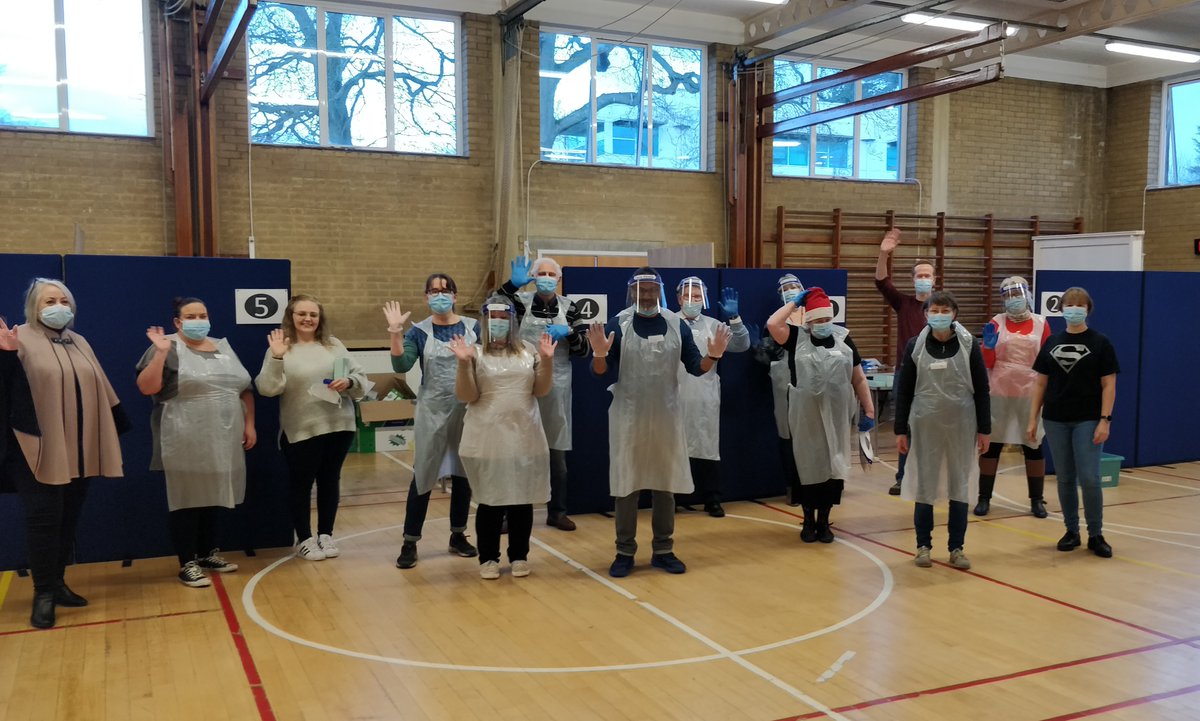 Our fabulous Covid testing team are ready to start welcoming students from 9am today. Students are not required to wear school uniform but please ensure they have a face mask unless they are exempt. Click here for appointment times: https://t.co/58JotStGZX https://t.co/3LNHFb8g77

Please find a link to our end of term news bulletin: https://t.co/JZ148n3h0g. Thank you to the de Stafford parents and carers for your support throughout the course of this turbulent year. We wish you all a wonderful Christmas and a very Happy New Year! https://t.co/e4QpENqA9Q

On our last day of term we wanted to share this wonderful selection of festive bauble designs produced by our Year 9 Creative iMedia (IT) students. Well done to Eddie D, Praya G, Aliyah A, and Joseph S. Merry Christmas! https://t.co/Q8uOuAu4h3

Mr Place met with Mrs Desai and Ibrahim and Abdullah to congratulate them as we were 6th out of over 600 schools worldwide in November with @eal_teaching https://t.co/XbXFbcqABC

Thank you to all the staff and students who supported @savechildrenuk this #ChristmasJumperDay. We think you'll agree there were some fantastic jumpers on show! Well done also to the students with Top 30 Attitude to Learning scores, who were rewarded with a non-uniform day today! https://t.co/0EkS1kIYQ6 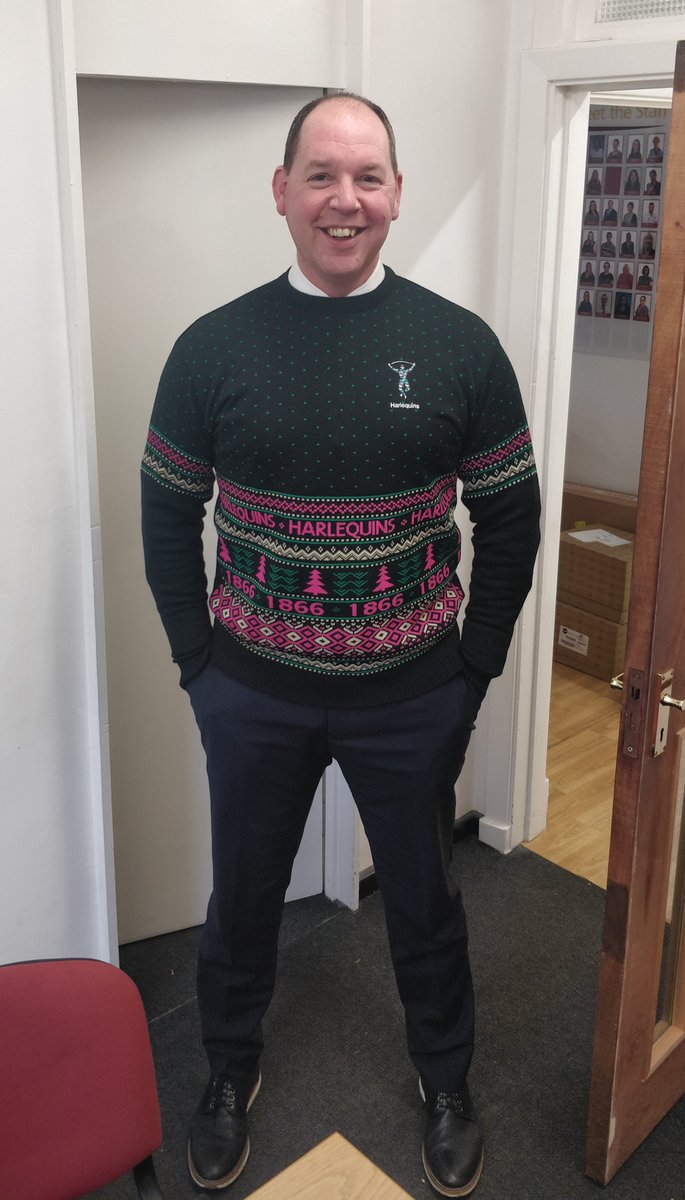 It's #ChristmasJumperDay here @deStafford, all in aid of @savechildrenuk and we caught Mr Place, Head of School, proudly sporting his @Harlequins festive jumper🏉. Look out for more pictures of staff and students later today 👀 https://t.co/rOvsAfLZnG

Thank you to the lovely Year 6 students (and staff) from @hillcroftps for coming to watch our 'The Night Before Christmas' performance this afternoon. The script was was written by our fabulous Head of Drama, Mrs Gillam and performed by our talented Year 9 Drama students. https://t.co/hzakBVGJLn

Did you know @deStafford is registered with @easyuk, so over 6,000 shops and sites will donate to us for FREE every time you use @easyuk to shop with them? Please click here for further information: https://t.co/SllaglnepS https://t.co/BIF54X1gZD 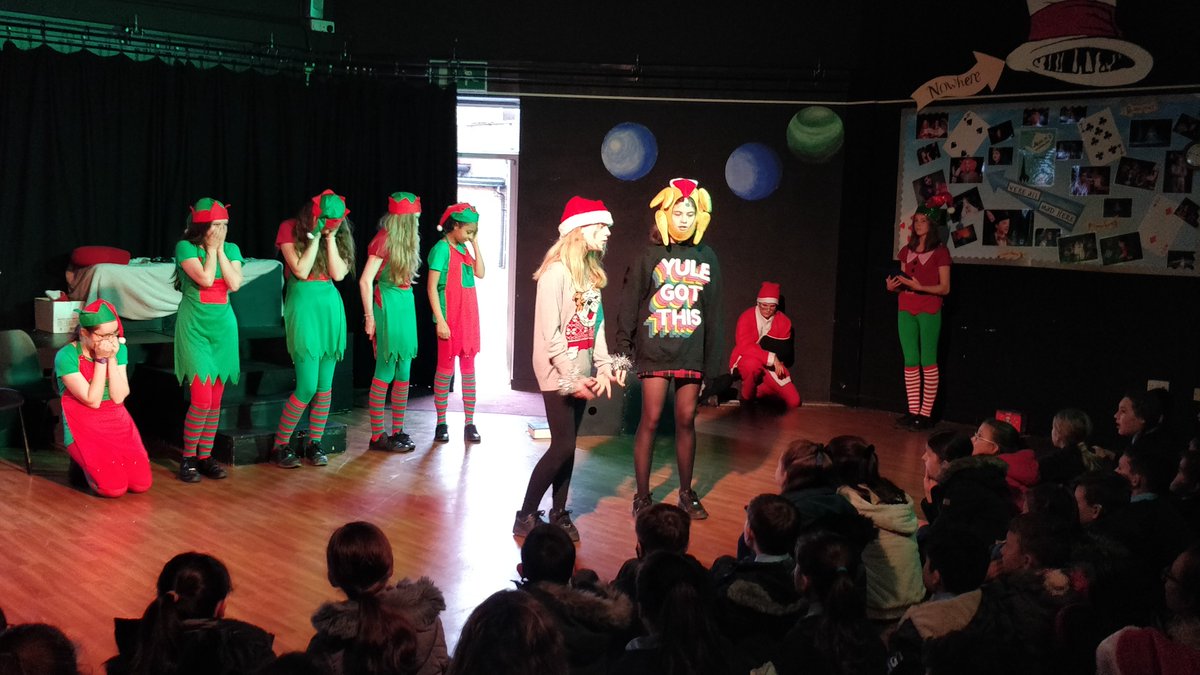 A big well done to this talented group of Year 9 students who were delighted to perform 'The Night Before Christmas' for a lovely group of students from neighbouring St Francis Catholic Primary School this morning. We look forward to welcoming @hillcroftps tomorrow! https://t.co/fFG8wPSldP

Vacancy for Parent Representative on SSB

We have a vacancy for an elected parent representative on our School Standards Board (SSB). All individuals who are parents of, or have parental responsibility for, a child currently registered at the school are eligible to stand for election.  Taking on the responsibility of being a member of an SSB is a significant undertaking, and an unpaid role, and so before you decide whether or not you would like to stand you should consider carefully the information below.

de Stafford is part of GLF Schools which is a Multi Academy Trust. Each school in the Trust is overseen by an SSB, and the core responsibilities of an SSB are:

To understand more about the role of an SSB member, you should click here to read the role description.

SSBs are the local representatives of the Board of GLF Schools. As well as overseeing the performance of the school, they provide input and feedback to the Board to represent the school’s achievements and needs, and to shape Trust-wide policies and strategy.

The SSB of de Stafford consists of 6 members of which two are elected parent representatives. The SSB meets once per half term, and all formal SSB meetings are held at school (or via MS Teams) on a Tuesday at 5:30pm and typically last for 2 hours.

The role of an SSB is strategic and members do not get involved in the operational running of the school.

It is important that anyone wishing to join the SSB is able to devote the time and effort necessary to be effective, and fully understands the responsibilities and duties they are taking on. Therefore, anyone who thinks they may want to stand for election is asked to attend a preliminary online meeting via MS Teams. At that meeting I will provide more details about the commitments involved in becoming an SSB member, and myself and Mr Garner (Executive Headteacher) will be there to answer any questions you may have. If you are interested, please contact Anna Hughes (Headteacher’s PA) via email (ahughes1@destafford.org.uk) by Friday 14 January and we will arrange a mutually convenient time to meet.

Anyone who is appointed as an SSB member must have the right to work in the UK, and will be subject to an enhanced DBS check, and a section 128 check. The SSB does not have staff members, so no-one employed by the school may stand.

If, having read the documents attached and attended the preliminary meeting, you want to stand for election you should complete a nomination form and return it to school FAO: Anna Hughes by 9:00am on Friday 28 January. Should more than one valid nomination be received, an election will then be arranged. Anyone who is a parent of, or has parental responsibility for, a pupil registered at the school is eligible to vote in such an election. The candidate receiving the most votes will be declared the winner and appointed to the SSB. If only one valid nomination is received, that person will be appointed to the SSB. Should no nominations be received, the SSB may then proceed to appoint a suitable individual to the post. Should an election prove necessary, more details about the process will be issued in due course.

The role of an SSB member is a significant undertaking but it is also very rewarding. I hope that, having read the above and the attached document, several of you will come along to the briefing meeting to understand and discuss the role further.