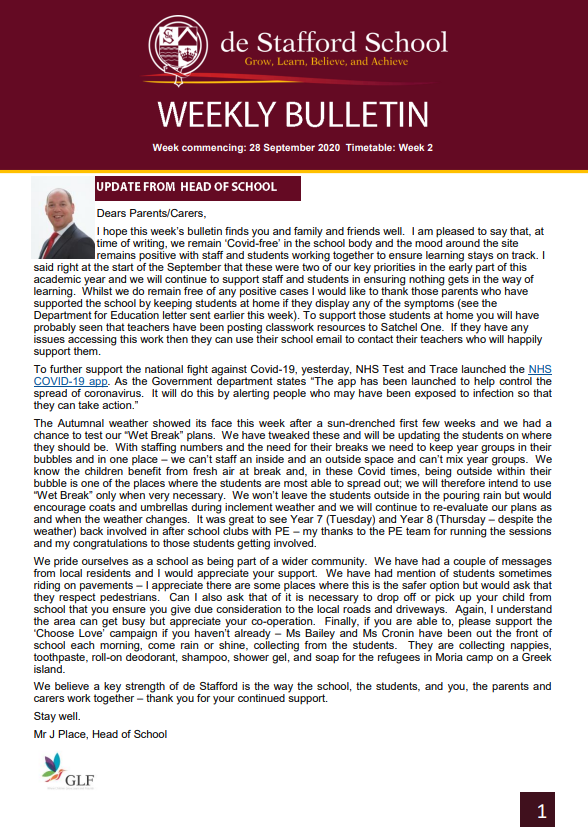 Please find a link to our weekly news bulletin https://t.co/nJZQ77nVCF. We wish you all a safe and happy weekend! https://t.co/RVj86EepUl 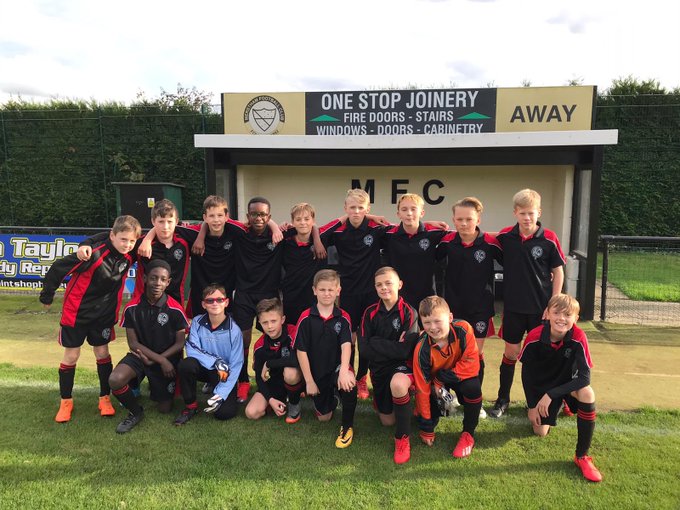 Our after school PE Clubs are up and running on a Tuesday (Year 7) and Thursday (Year 8). They cost you nothing and are a great way for your son/daughter to make new friends as well as develop their sporting skills! Click here for further details https://t.co/jBth9Npw65 https://t.co/Qsv6KPRCBA 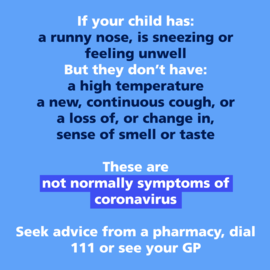 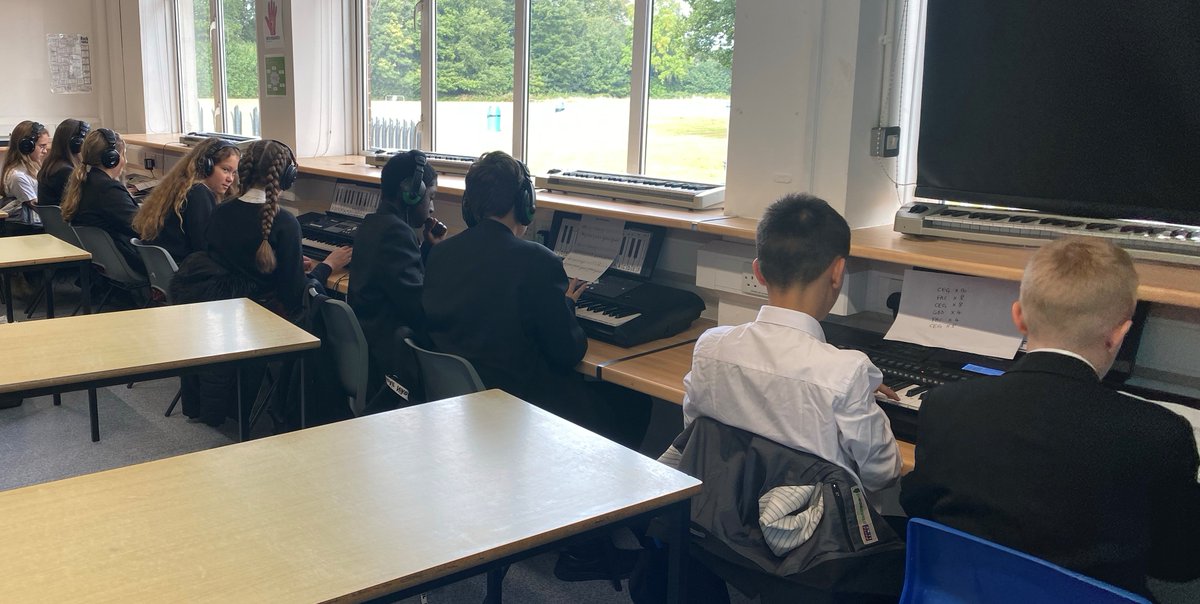 Our new Head of Music, Mrs Gardner, has been teaching our Year 8 students how to play the 12 bar blues in the Music Room today 🎶 If your child is interested in having private instrumental lessons whilst @deStafford please email catherine.gardner@destafford.org.uk for details. https://t.co/6NSSpIRrZt 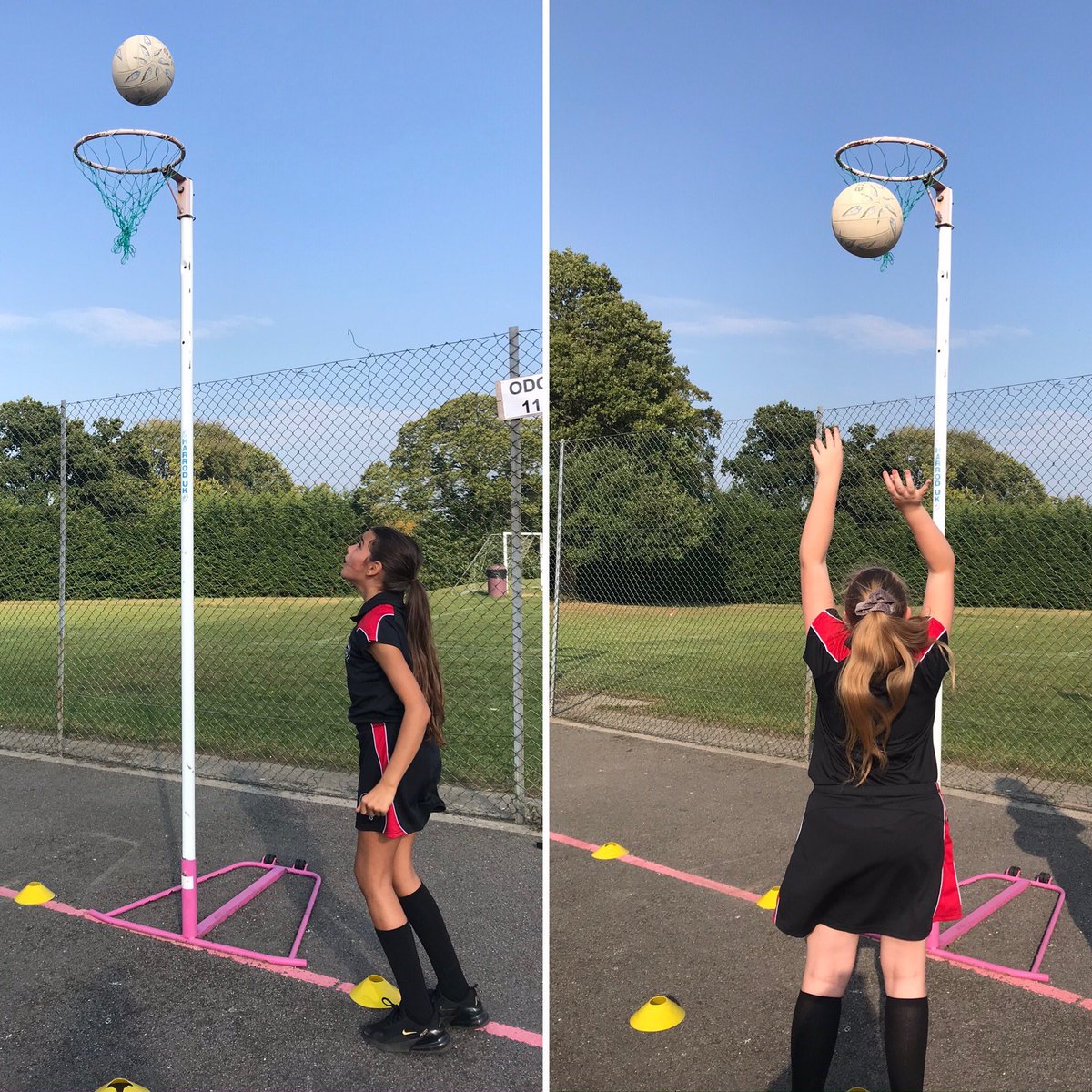 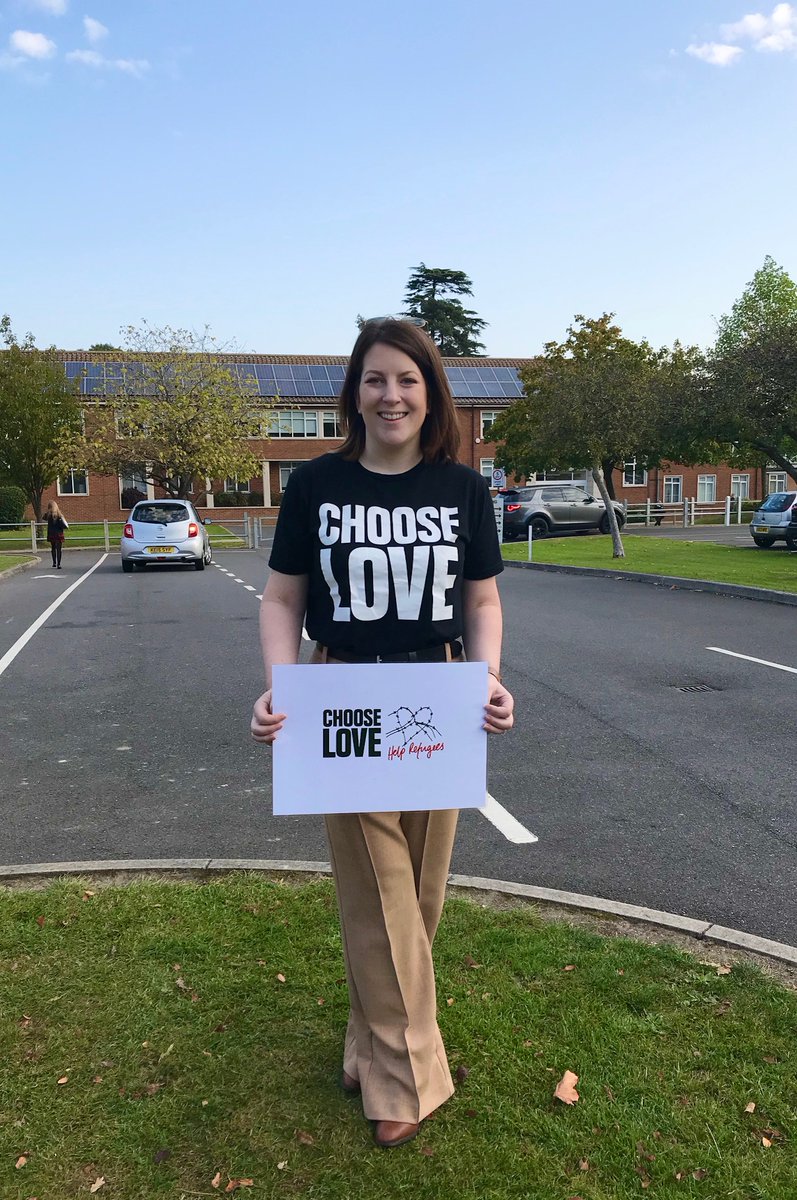 Thank you to everyone who has already supported the @ChooseLove campaign by donating much needed hygiene items for refugees in need. Staff will be at the school gates every morning this week and next, ready to accept your donations.#Moriacamp https://t.co/yarMnpbDSJ 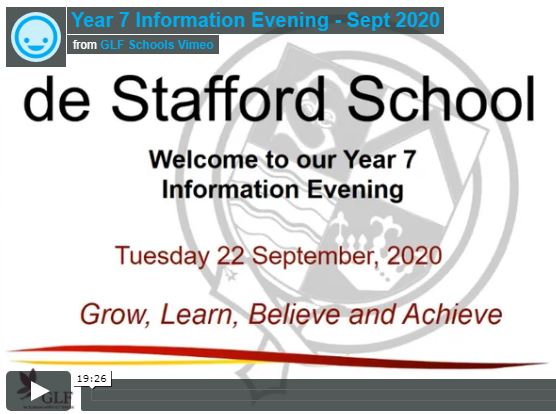 Year 7 Parents/Carers- please find a link to the Year 7 Information Evening presentation https://t.co/dOn2lJ2mOi. We hope you find it helpful! Please don't hesitate to contact us with any questions. https://t.co/JNztvEMa6v

An update for our Year 10 and 11 students - please note that the East Surrey College Open Event, due to take place tomorrow, has unfortunately had to be cancelled. https://t.co/Q0Yck990Zu 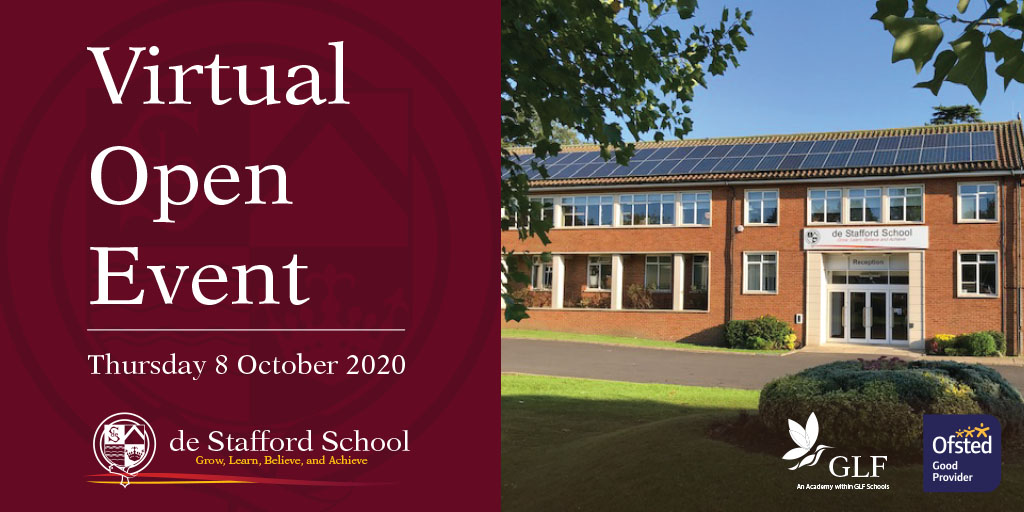 Click here https://t.co/nMcf3Bg0Em to register your interest in our Virtual Open Event. We look forward to giving you an insight into what makes @deStafford such a unique and special place to work and learn. @GLFSchools @hillcroftps @mardenlodge @Whyteleafe_sch https://t.co/uBYBl2rGvl 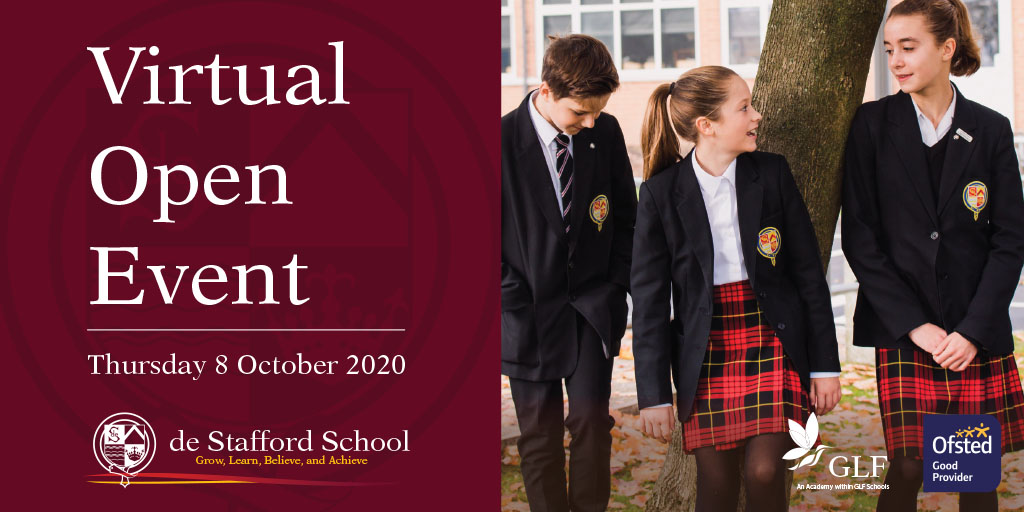 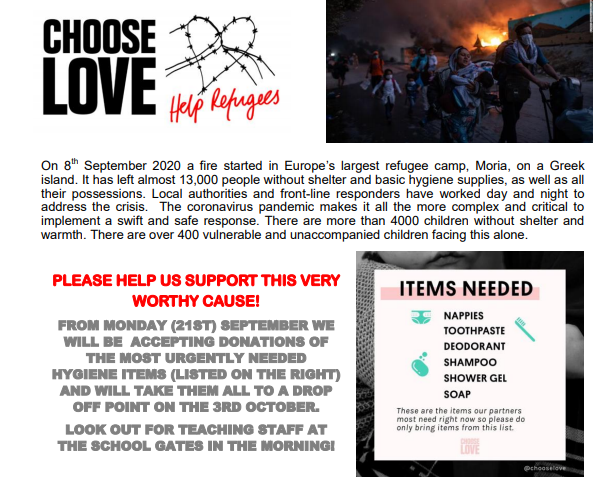 If you would like to join us in supporting the @chooselove campaign by supplying much needed hygiene items to refugees in need, @deStafford staff will be at the school gates every morning next week to accept your donations #chooselove #helprefugees #SpreadTheWord https://t.co/gLfDwX109I 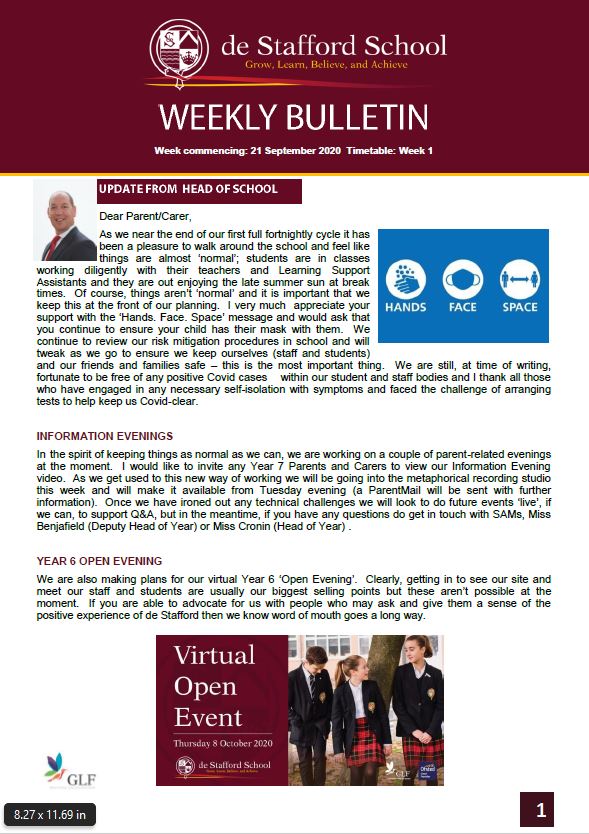 Parents/carers - our weekly news bulletin has just been sent via ParentMail and can also be viewed on our website https://t.co/RCb3EXoOgs. We wish the entire de Stafford community a fantastic weekend! #HandsFaceSpace #StaySafe https://t.co/MF1HBCODQx 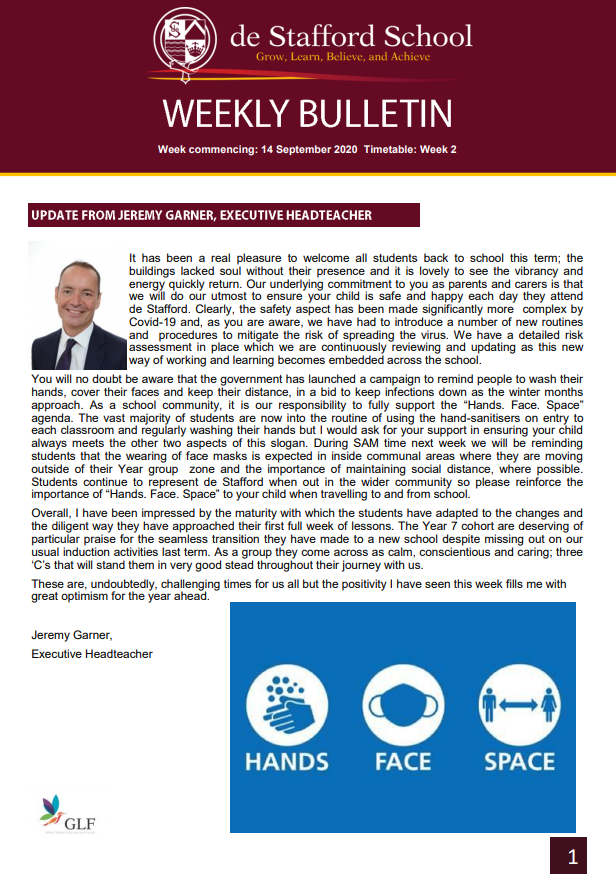 📢Parents/Carers - please find a link to our weekly news bulletin https://t.co/Hr2yFaJoJy. We will be sending these out every Friday afternoon via #ParentMail and they can also be found on our website here: https://t.co/RCb3EXoOgs https://t.co/O600hYs6Fz 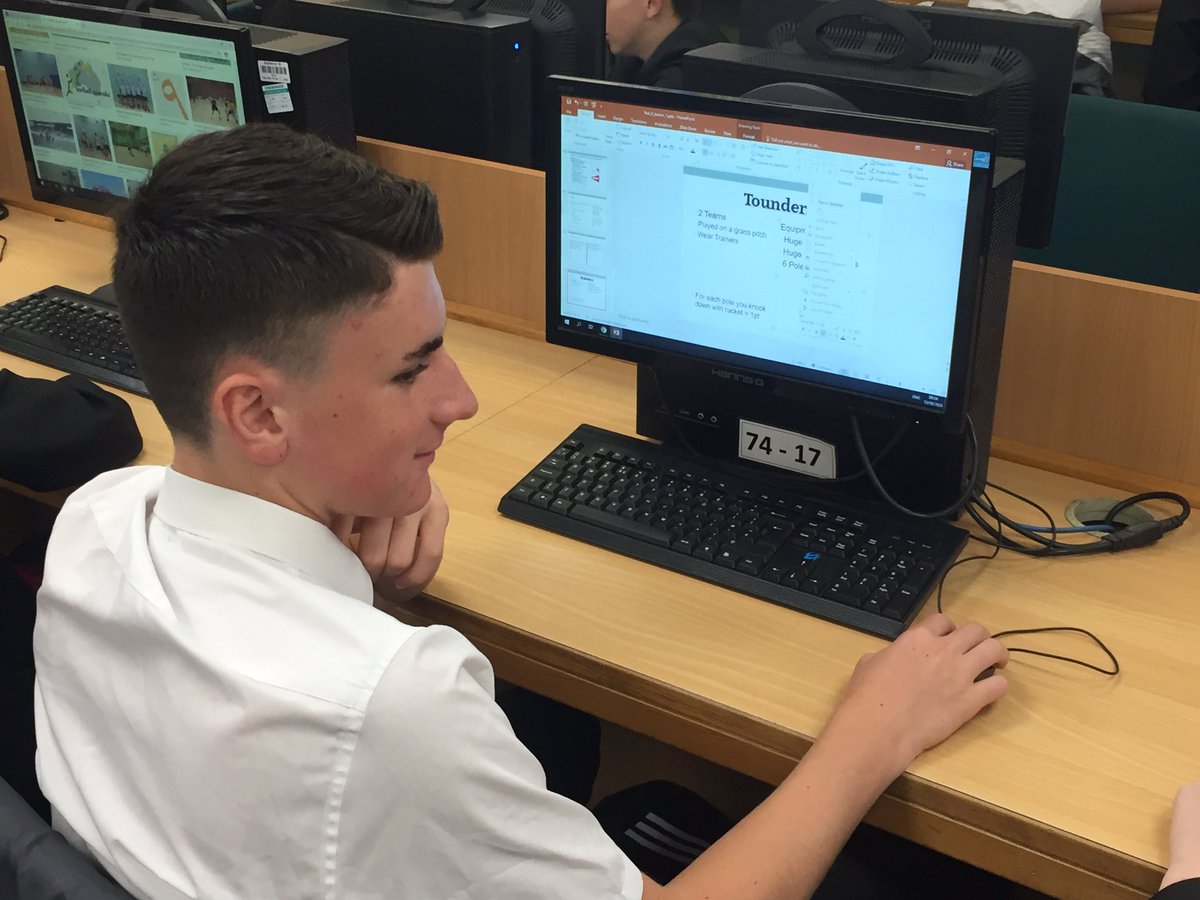 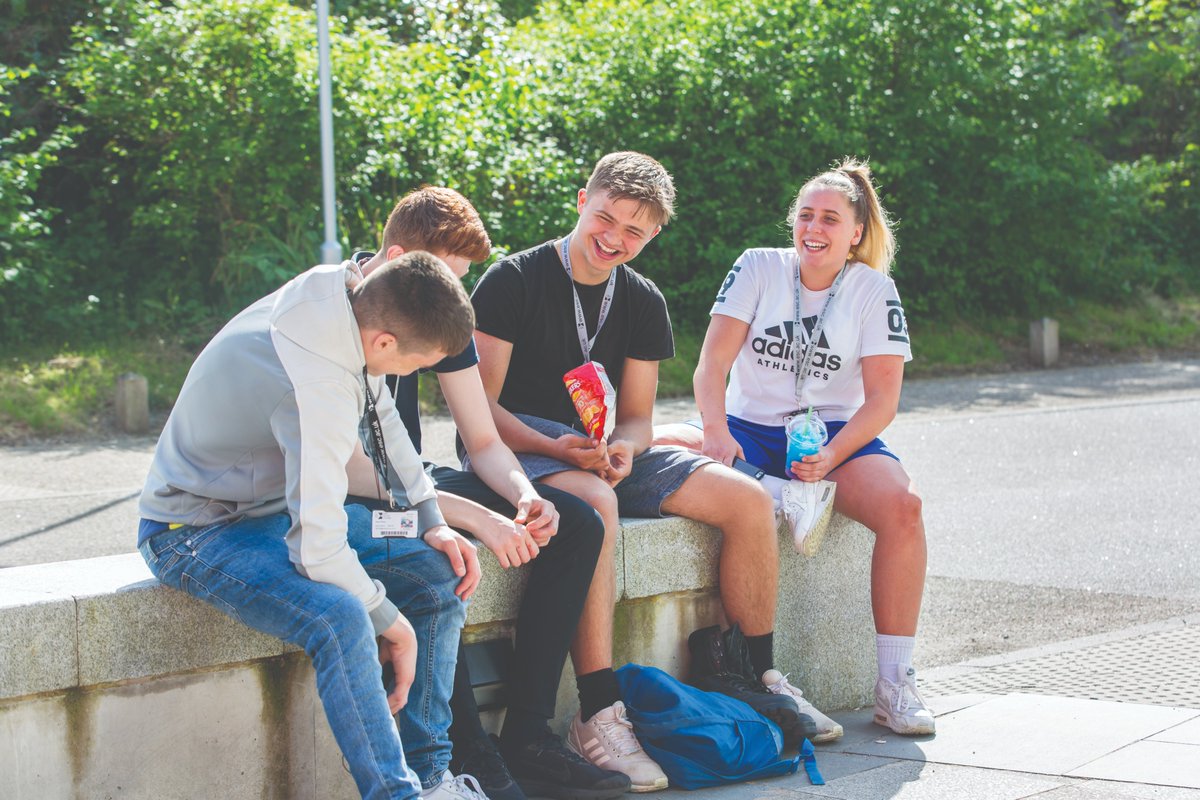 We are aware that there is an issue with the Scopay website and some parents/carers have been unable to add funds to their son/daughter's account. Please be assured that ALL students will still be able to purchase food and drink whilst we wait for the issue to be resolved.

Students study 3 hours of History per fortnight in Year 7 and Year 8. The KS3 history curriculum follows the National Curriculum guidelines and is delivered in Thematic Units. History homework is set for all students fortnightly in KS3 in the format of homework booklets.

Students study the Norman Conquest followed by Life in Medieval Britain. In term 2 students research the peasant’s revolt and the rule of Richard the Third. In term 3 Year 7 embark upon the Tudor period and look at the consequences of the Reformation for the people of the 16th century and the legacy it has today. Year 7 complete their year with an investigation into the Stuart period with a focus on the English Civil War.

Students begin thematic studies of the Romans and the Aztecs. In term 2 students delve into the British Empire specifically Colonial America and the Slave Trade. Term 3 see Year 8 return to Britain to understand the changes and impact on society of the Industrial Revolution.

Students begin thematic studies of the American War of Independence in term 1.  In term 2 students delve into the British Empire specifically the Slave Trade. Term 3 sees Year 8 return to Europe with lessons about World War 1 and its impact on Europe.

Students start their GCSE course in year 9.  The first and second term focus on skill building and exam questions through the topic of Nazi Germany and World War II.  This is to ready them for the upcoming two years.

The USA, c. 1954-1975: Conflict at home and abroad:  Students study the Vietnam War and the Civil Rights movement, looking at the social, political and economic reasons behind the reactions of the government and its people.

Early Elizabethan England:  Students study the ‘golden age’ of Queen Elizabeth I and the struggles she faced becoming queen in a male dominated society. Students will specifically look at problems of religion, problems with foreign relations, and the expansion of the British Empire in America.

Crime and Punishment in England: Students study the causes and types of crimes committed from the medieval period to the modern day period and how they have changed during that time. Students will also investigate the variety of punishments that were inflicted on criminals and how and why our methods of punishment have changed over the last 1000 years.

History is a highly respected subject which develops skills that are highly sort after by colleges, universities and employers. History can open the door to many careers such as Archaeologist, Genealogist, Museum Curator, Law, Civil Service, Intelligence Services and of course a History Teacher.